First, we will buy Pregabalin Lyrica online MARCH FOURTH! on March 4th 2016.This will be a peace march and press conference honoring Mayor Karen Weaver and her passion to help save Flint’s devastated community, through the human rights issues of clean water!

additional info Eve Kemp (Founder) will be present to speak at the event and share the vision of  SPARK Art Project! 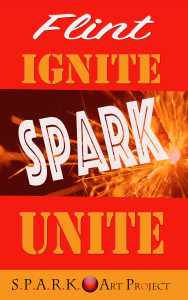 March 4th (March Fourth), Eve will lead hundreds of peaceful activists down Martin Luther King Ave to reach City Hall, where family members, ministers, community members, and children will honor Mayor Karen Weaver with her commitment and passion to the City of Flint.

This will also be led by the children of Flint, to have them be represented at the event, along with celebrities and media. We are a continued collaboration organization, so there are many ways to combine efforts to help and support this community and make SPARK Art Project a success.

A SPARK team has assembled to bring press and media to this event, so that the 60% of unrepresented citizens can have a voice. The press conference on March Fourth, will have speakers and performers to give an overview of the project. Stories will be shared from those who have suffered through the atrocities, while also supporting their Mayor in her duties.

This event will be filmed for a documentary (The Prodigal Return) set to launch during this event. The team will also be on the ground during the March 5th Democratic Debate. It will be a great opportunity for politicians to be in the mix of these families who haven’t had their voices heard. Major media outlets will be invited, so that the promise of SPARK for FLINT will be ignited.