“Prodigal Returns” is a documentary film that is currently in production to show the vision coming to life and to show the progress for Flint Michigan’s rebuild and rejuvenation. 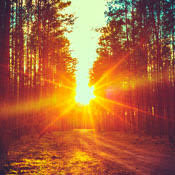 Anthony Eve Kemp’s family migrated from Arkansas, through Illinois, to Flint Michigan with a dream of a better life with General Motors. Many of his family members still reside in Flint and are still involved in the community, the churches and the music scene. They will be featured in this film, alongside other local activists, with the return of General Motors to Michigan… The giant “prodigal return” to shed a light on Flint, Detroit and other neighboring cities and townships.

“Prodigal Returns” and S.P.A.R.K. Art Project! gives a roadmap for other urban empowerment programs to take shape in neighboring cities and states.

The vision of the documentary is to witness the process of Eve’s 20 year vision, and show the trials and celebratory processes of going back home to Flint Michigan and rebuild the community. The healing begins with the water crisis, with the optimistic hope that through this process we witness the healing of deeper-rooted issues within the black communities – not only in Michigan, but in other American cities as well.